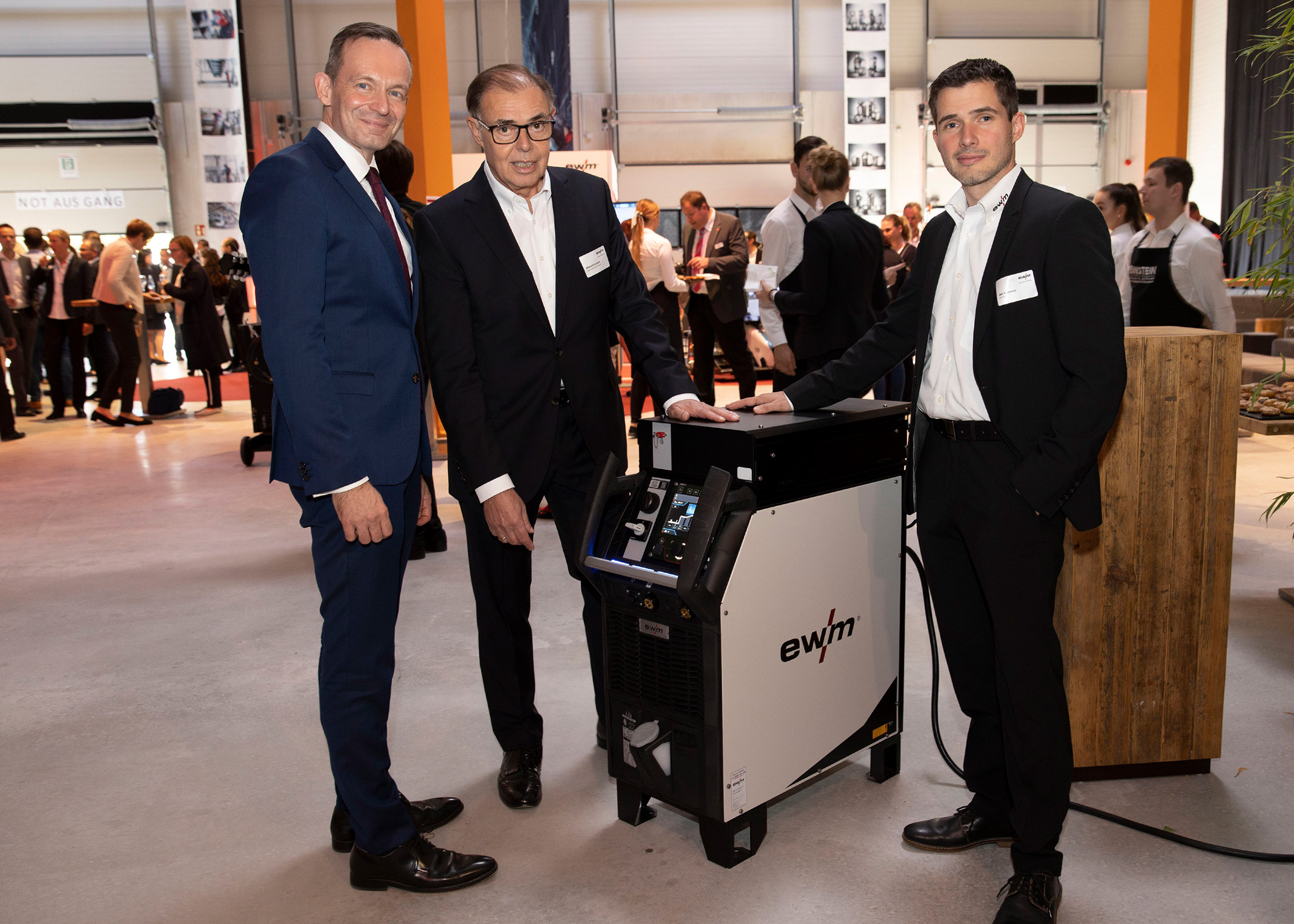 EWM – one of Germany’s most innovative SMEs

EWM AG in Mündersbach has placed among Germany’s top 100 most innovative SMEs for the second time running in a ranking commissioned by WirtschaftsWoche. The German business magazine had 3,500 German companies analysed with Germany’s largest manufacturer of arc welding technology landing in the top 100. After being named one of Germany’s leading innovators for 2020 by the German Frankfurter Allgemeinen Zeitung (FAZ) newspaper earlier this year, this accolade is another win for EWM.

Commissioned by WirtschaftsWoche, the Munich-based consultancy firm Munich Strategy analysed 3,500 companies in the areas of innovation, competitive position and performance. Excelling once again in all areas, EWM AG placed in the top 100 for the second time running following their previous top-100 spot in 2019. Munich Strategy evaluated companies’ annual accounts and presentations and interviewed managing directors, customers and competitors alike. 400 out of the 3,500 companies were then given an innovation score calculated primarily based on their innovativeness, among other criteria. To determine a company’s innovativeness, it’s important to look at how many and what kinds of new products a company has brought to the market, and how high its investments in research and development are, for example.

Innovation is at the heart of the company philosophy

EWM AG pours approx. ten percent of its annual turnover back into its own research every year. In addition to developing high-tech welding machines and processes, EWM research is geared towards future-oriented fields such as digitalisation, Industry 4.0 and automation. Since 2015 alone, EWM has filed more than 30 new patents and utility models. EWM also works with multiple research institutions and universities in Germany and across the globe to promote the development of sustainable welding technology and potential applications. “Innovation is at the heart of the company philosophy. We work day in, day out to develop new and optimised solutions for every step of the welding process for our customers. That’s what makes these accolades, like the one from WirtschaftsWoche, so special,” says Vice President, Michael Szczesny. Together with fellow Executive Board member, Jan Szczesny, he manages EWM’s in-house research team.

Of course, as one of the world’s technology leaders in its industry, this isn’t the only recognition the welding machine manufacturer has received this year. Last spring, the FAZ Institute chose EWM as one of Germany’s leaders in innovation. The FAZ report analysed all patents from German companies registered worldwide within the last ten years. German leaders in innovation include companies whose patents were cited more frequently than the average and who, as a result, have significantly influenced their respective fields. Exceptionally innovative inventions and collaborations with German inventors are also determining factors in the ranking