Welding school set up in Rwanda 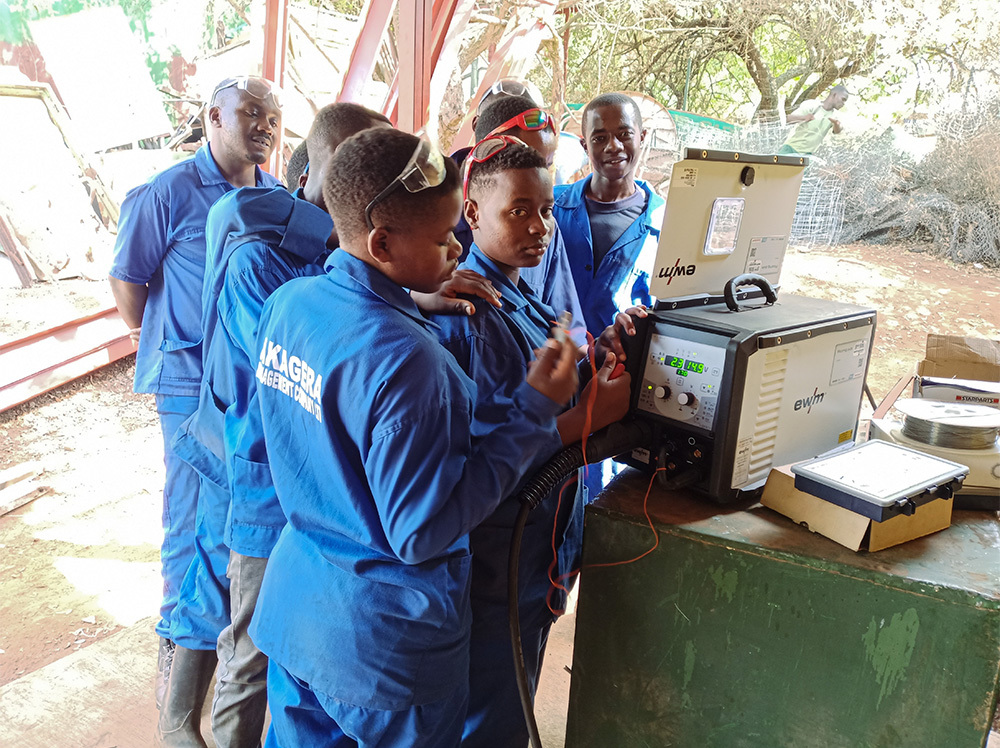 Volker Brenner is an experienced welding expert and recently participated in a very special project together with the Senior Experten Service (SES): their goal – to set up a welding school in Rwanda.

The SES is Germany’s leading volunteering organisation for experts and executives who are either retired or taking some time off work. Our very own Volker Brenner, a former EWM colleague, is one such volunteer. He spent all of October in Rwanda’s Akagera National Park where he worked side by side with the locals setting up a welding school.

The group had to face different challenges every day. But the main challenge was to create a common basis for the exercises and projects ahead, and that despite the lack of expertise and practical experience of the six course participants.

However, after some initial instructions and practical orientation on how to operate the Picomig 180 puls, which would be used during the project, it quickly became apparent: there was no shortage of talent or ability among the pupils. Particularly noteworthy was the fact that all participants were able to work in the overhead position after just one week of welding training.

For example, they were able to showcase their skills in what is considered one of the most difficult welding positions when repairing a boat made of aluminium. Beforehand, participants rehearsed the necessary moves while welding an aluminium box.

Numerous other projects were implemented in addition to this highlight:
- Building a camping table

A camping stove was integrated into the table. When the ranger is out and about with tourists in the park, this fully functional table can be taken along for cooking.
- Repairing boats, cars and a vehicle with a water tank
- Repairing and reinforcing a trailer to transport rhinoceroses

Further welding exercises were then carried out using aluminium. To ensure that the Picomig 180 puls is properly protected from dirt and the sparks produced during grinding whenever work is carried out, protection for the welding machine was built at the outset. It goes without saying that the Picomig featuring an MT torch plus steel and aluminium components remained with the welding team in Rwanda after the project had finished. 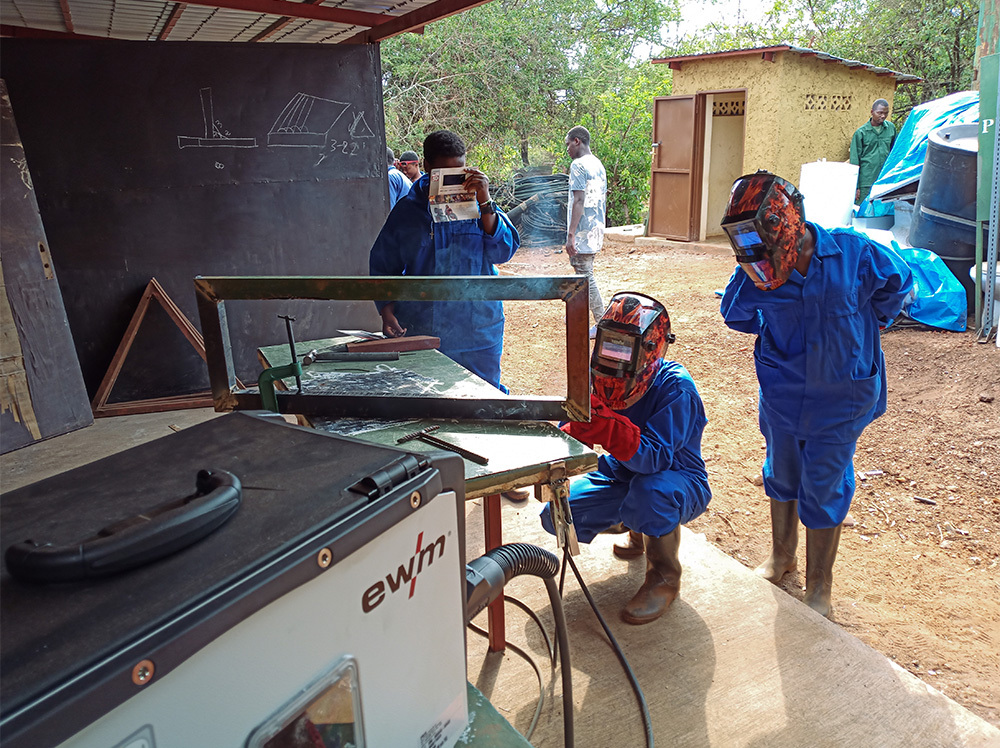 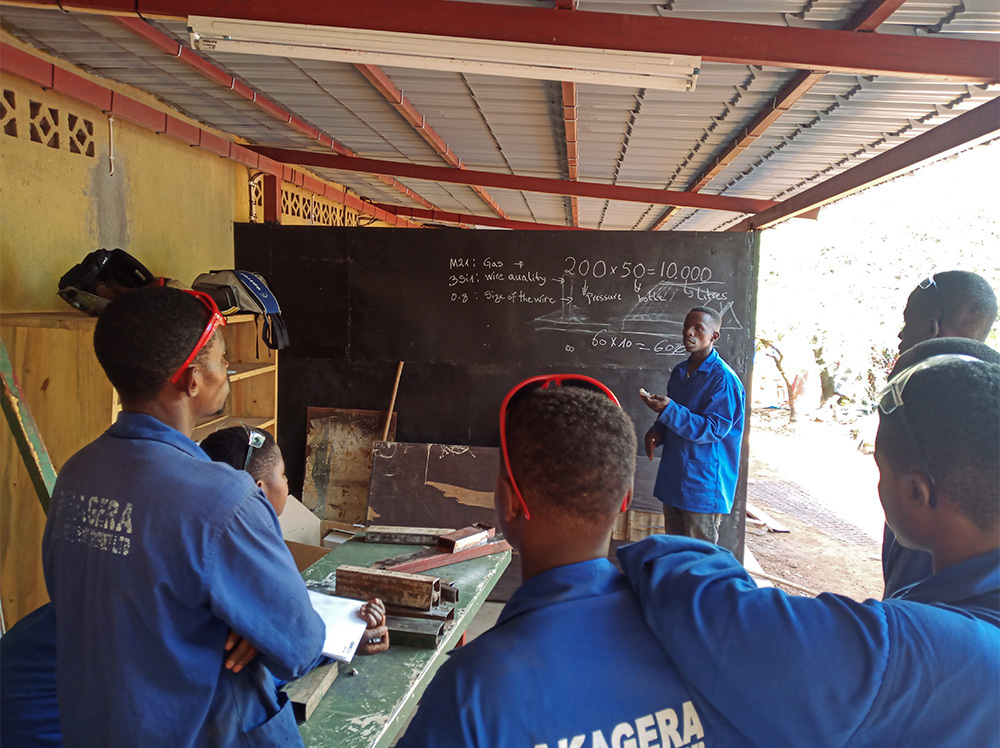 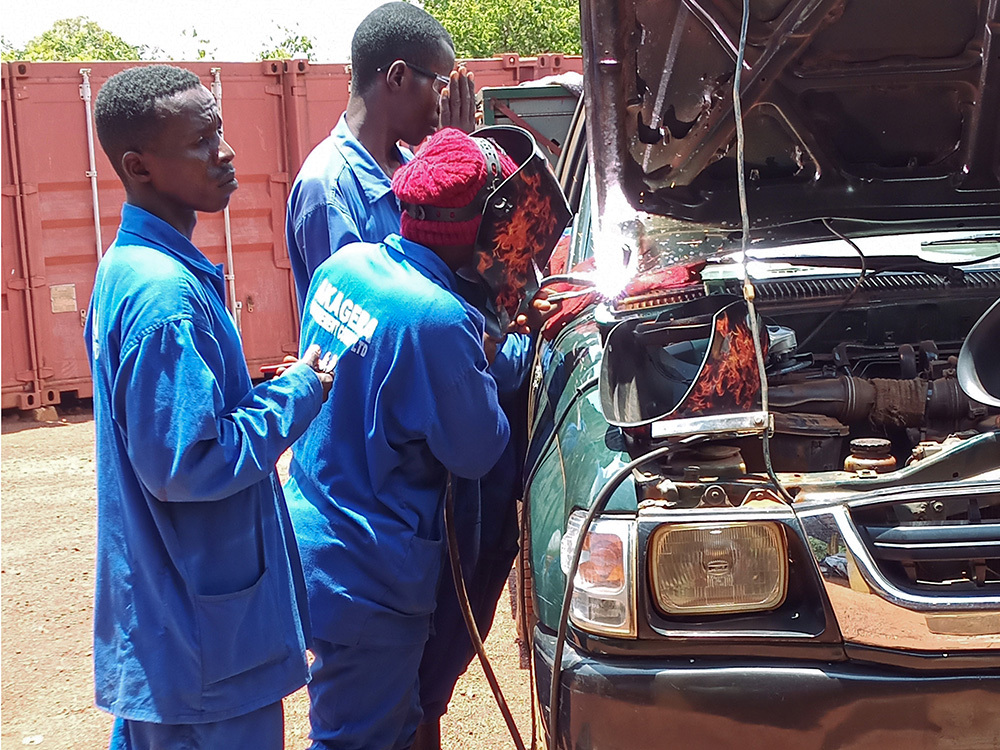 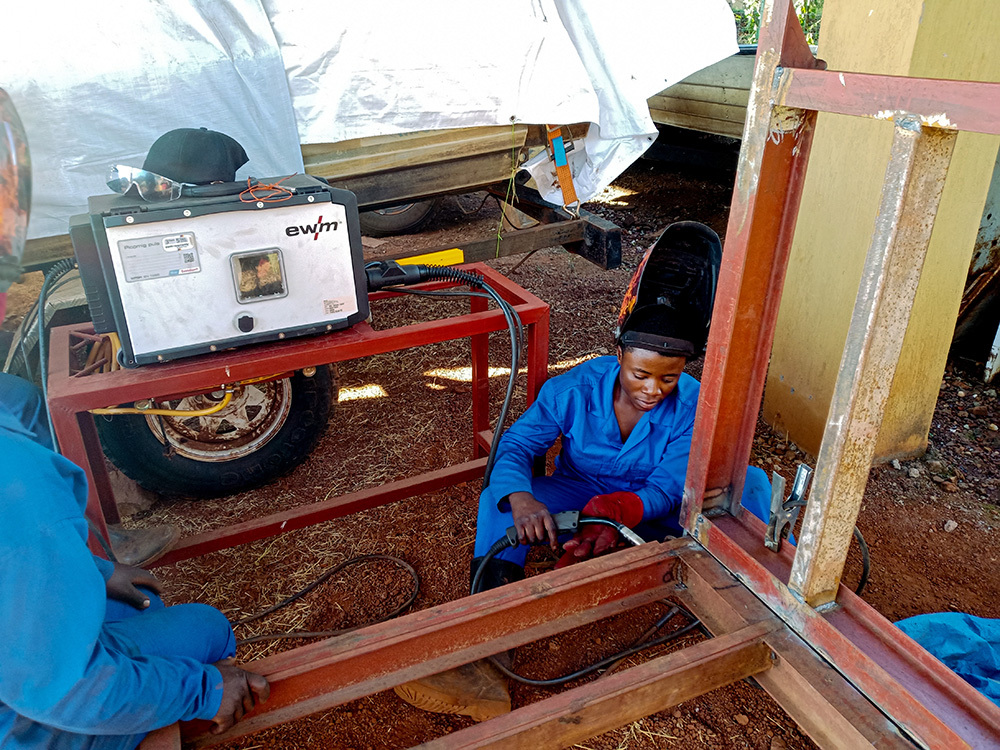